Chartered on August 1, 1919, First National Bank began its history in the New Richmond Area. Henning Soderberg, a draft clerk at the then Bank of New Richmond, learned the banking industry by taking grain drafts, opening and closing bank windows, and sweeping the sidewalks. His love for the trade continued to grow and on January 5, 1926, Henning became a bank cashier at the First National Bank, thus beginning the Soderberg family banking history.

Throughout those early years, Henning Soderberg worked all areas of the bank. First National weathered the banking crisis of 1933, where banks across the country were unable to meet the withdrawals of customer accounts. Following a ten-day “bank holiday” that began on March 4, 1933, the banks that were considered “okay” were allowed to re-open. First National was one of those few banks. Ownership of First National Bank was held by stockholders with no controlling member, except the Board of Directors. At this time, the bank was located on the south side of Second Street in New Richmond where it remained until 1963. The bank moved back to its original location, where it is located today, in 1964.

On June 1, 1964, Henning’s son, John Soderberg, began his career at the bank and did a little bit of everything required at the time including filing, working the teller line, and selling the banks services. John formed a holding company in 1976 called One Corporation which purchased the stock held by the original board of directors. At this time, John became President of the bank and Henning remained involved as Chairman of the Board until his retirement in 1987.

John was encouraged to buy the bank to avoid being purchased by a larger banking entity. He did just that and the legacy of the hometown bank was secured. Through the years, FNCB has seen many changes including a major expansion in 1988 at our New Richmond branch. With the desire to offer community banking to others throughout the area, the bank opened a second branch in Somerset, WI on June 12, 1995, a third location in Hudson, WI on June 1, 1999, and a fourth bank in Dresser, WI on October 29, 2014. In 1996, the City of New Richmond asked John to represent New Richmond as an advocate for the St. Croix River Bridge Crossing that would close the gap between Wisconsin and Minnesota. It was then that John was named Chairman of the River Crossing and the legacy of John Soderberg grew ever deeper.
Following years of discussion, committees, legislation and visits to Washington D.C., the St. Croix River Bridge Crossing project was passed and ground was broken for the project in the spring of 2013.
John with his children, Scott and Libby
Through the years, our commitment to community banking and putting people first are the fundamentals behind all that FNCB does. Our staff of nearly 70 employees is engrained in the communities that we live and work in and offer hundreds of volunteer hours back to the cities we call home, each year. As a community bank we actively participate in the responsible planning and growth of our community. We are diligent partners with local government, business, industry, consumer, civic and educational organizations. We encourage our directors, officers, and employees to develop relationships through service clubs, professional associations and community activities that will facilitate our responsible response to the financial needs of our community. In January of 2013, Scott Soderberg and Libby Soderberg (John’s children), assumed director roles on the FNCB Board. The Soderberg family, and the family of employees at FNCB, are committed to putting you, our customer, first and continuing the strong tradition of Community Banking. 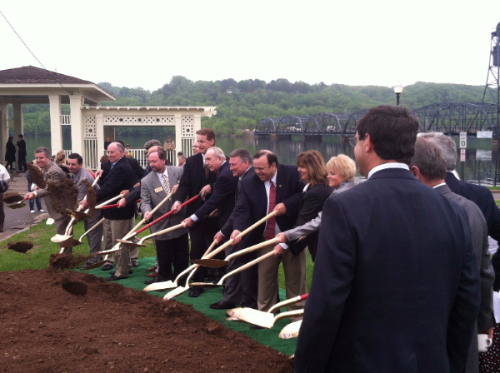