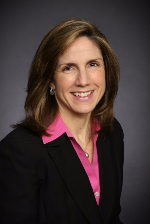 Libby Soderberg currently serves as General Counsel for Optum Insight, where she manages all legal affairs for the company, including general business legal advice, alliance relationships, customer and vendor contracting, technology and intellectual property transactions, mergers and acquisitions, and employment matters. Prior to taking on this role, she was lead counsel for the Optum Insight Provider Market Group, and was head of the Optum Insight Customer and Vendor Contracting Group. Libby has been with Optum since 2006.
Prior to joining Optum, Libby was a partner with the Minneapolis law firm of Dorsey & Whitney, LLP where she advised clients on a broad spectrum of technology licensing and other intellectual property transactions, as well as mergers and acquisitions.
Libby holds a Bachelor’s degree from Hamline University in St. Paul,Minnesota and a Juris Doctor degree from William Mitchell College of Law in St. Paul and is a member of the Minnesota bar. 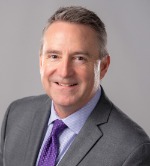 Scott Soderberg joined FNC Bank first as a Director in 2012, and is currently CEO.  He and his sister Libby are third-generation family members proud to carry forward a community banking tradition established over 100 years ago.   A native of New Richmond, Scott graduated from New Richmond High School in 1980 and went on to obtain a B.A. in Business Administration at Hamline University, and then his J.D. at William Mitchell School of Law.  Scott represented the interests of injured workers for over 30 years in the Twin Cities and Greater Minnesota. He and his wife, Cathy, raised their two sons (Grant and Derek) in Eden Prairie, Minnesota, where Scott coached football, basketball and baseball at all levels for many years and served as a director of the Eden Prairie Baseball Association for 15 years. After starting his service with the bank on the board of directors in 2012, Scott returned to the area in 2018 to take a more active role with the bank.  He also currently serves on the Board of Directors for both Westfields Hospital and Clinics Foundation and the St. Croix Valley Foundation.  Scott and Cathy now live in Hudson and spend their spare time hiking, knocking MLB stadiums off their to-do list, and taking family vacations with their sons and new daughter-in-law. 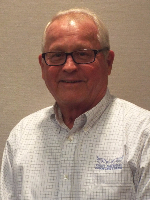 Dennis Nybakken has more than 40 years of financial industry experience. He began at FNC Bank in 1992 and served as the President of the bank until 2011. Originally from South St. Paul, Denny attended the Pacific Coast Banking School in Washington State. He served as both Assistant District Governor and President of the Rotary Club of New Richmond. In addition to his service on the FNC Bank Board of Directors, he has also served on the board for the New Richmond Educational Foundation and First Lutheran Church. Denny's list of volunteerism runs deep throughout St. Croix County where he is retired from banking in the traditional sense but enjoys his time on the board here at FNC Bank. 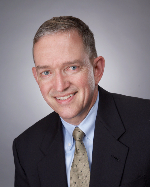 Thomas Schumacher has over 30 years of experience representing closely held businesses with all aspects of business planning, including choice of entity, capital formation, business transitions, mergers and acquisitions.

A founder of Bakke Norman Law Offices in 1985, Tom has served as the firm's managing shareholder since 1999. He has volunteered in various capacities with the State Bar of Wisconsin and area economic development boards. He also served on the Baldwin-Woodville Area School Board for 15 years.

Todd Loehr  is the President & CEO of Wisconsin Lighting, Inc., a New Richmond ecommerce lighting and lampshade company. An electrical engineering graduate of the University of Minnesota, Todd spent his first 11 years in business working in both Switzerland and Germany where he served on the executive management team for the Swiss industrial packaging company, presently known as Bosch Packaging. Todd and his wife, Tamara, moved back to the Midwest  in 2006, and shortly after, he and his father, Vern, purchased Wisconsin Lighting where they turned a business-to-business format to a direct to consumer sales company relying on internet sales. Wisconsin Lighting, Inc., has now earned the title of "St. Croix County Small Business of the Year" by the St. Croix County Economic Development Corporation. Todd is active with City of New Richmond Economic Development projects. He volunteers his time as a hockey coach, and enjoys the outdoors and traveling with his wife and their 4 children.

Mark Casey is the Executive Vice President for FNC Bank and has been with the bank since 2008. Mark grew up in New Richmond and went on to attend the University of Wisconsin-LaCrosse, graduating in 1992. He is also a graduate of the UW Madison Graduate School of Banking.

Mark served on the Board of Directors of the St. Croix Economic Development Corporation for 5 years, as well as, the New Richmond Golf Course Board for 3 years. He currently serves on the Board for Five Loaves Food Shelf and Two Fish Thrift Store.

Thomas Mews is the President of FNC Bank and started in the financial services industry in 1996. He became part of the First National Community Bank team in 2001. Prior to becoming President in 2011, Tom held the position of Senior Vice President of Credit Administration. He holds a Bachelor of Business Administration in Finance from the University of Wisconsin-Eau Claire and has also completed the Graduate School of Banking from the University of Wisconsin-Madison.